For over 35 years, Mr. Pat Hartness and his hundreds of volunteers have worked tirelessly to create the place that we all know and love. The place where aviators flock year after year just to enjoy each other’s airplanes and camaraderie. The same people that came to the first Joe Nall event over 30 years ago, are in most cases, the same people on our board of directors, and some of our key volunteers. We love seeing the same, loyal faces year after year, but our mission at Triple Tree is to further expand the passion for aviation. This can only be accomplished when the same faces bring in the new faces. As a result, we have come to the conclusion that Triple Tree needs “new blood” to join in on the fun. This “new blood” will still encompass the same values of fun, fellowship, and hospitality but with the added knowledge of today’s business and aviation industries.

As an aviation, education and business professional, Robb has the knowledge needed to carry Triple Tree into the future. The Florida State University Alumni is a seasoned commercial pilot with over 7,000 hours of FAR 121, domestic and international experience. Robb was also chosen to fly the first commercial flight from Havana, Cuba to Tampa, Florida in over 50 years. Not only is Robb an accomplished aviator, but he also possesses the business skills necessary to make Triple Tree a household name in aviation. Upon graduating from FSU, Robb worked for Thyssen Krupp Elevator where he was directly involved with the selling and implementation of new construction projects for large companies such as AOL/Time Warner Companies and Burger King World Headquarters.

Robb has a background in not only aviation and business, but also education, which makes him a perfect fit for our goals of encouraging more youth to become involved in aviation. From 2002 to 2005, Robb taught mathematics and business. Along with teaching core classes, Robb also coached wrestling and football where he led his teams to victory. Robb retired from coaching with winning records in both sports. We are looking forward to Robb’s ideas on youth aviation education at Triple Tree.

After leaving the world of teaching, Robb was still eager to give back to the next generation. He was able to combine his two passions of aviation and education together with the help of his position at SUN ‘n FUN. Robb was responsible for a $2.1 million dollar budget as well as $400,000 worth of scholarships for young men and women who were interested in becoming a professional aviator. Robb was also the direct overseer of fifteen year-round aerospace educational programs. He was also directly responsible for the creation and implementation of a Boeing 727 Classroom, the only one of it’s kind in the world.

In addition to welcoming Robb to Triple Tree, we are also proud to welcome his wife, Miranda, and daughters, Brinlee and Hadleigh, to the Triple Tree Family.

In conclusion, we are thrilled to have Robb as Triple Tree’s new Executive Director. We hope you will make it a point to introduce yourself to him, and his family, at one of our upcoming events, the Triple Tree Fly-In (September 3rd-9th) or perhaps Nall in the Fall (September 24th-30th). See you soon!

The Triple Tree Board of Directors 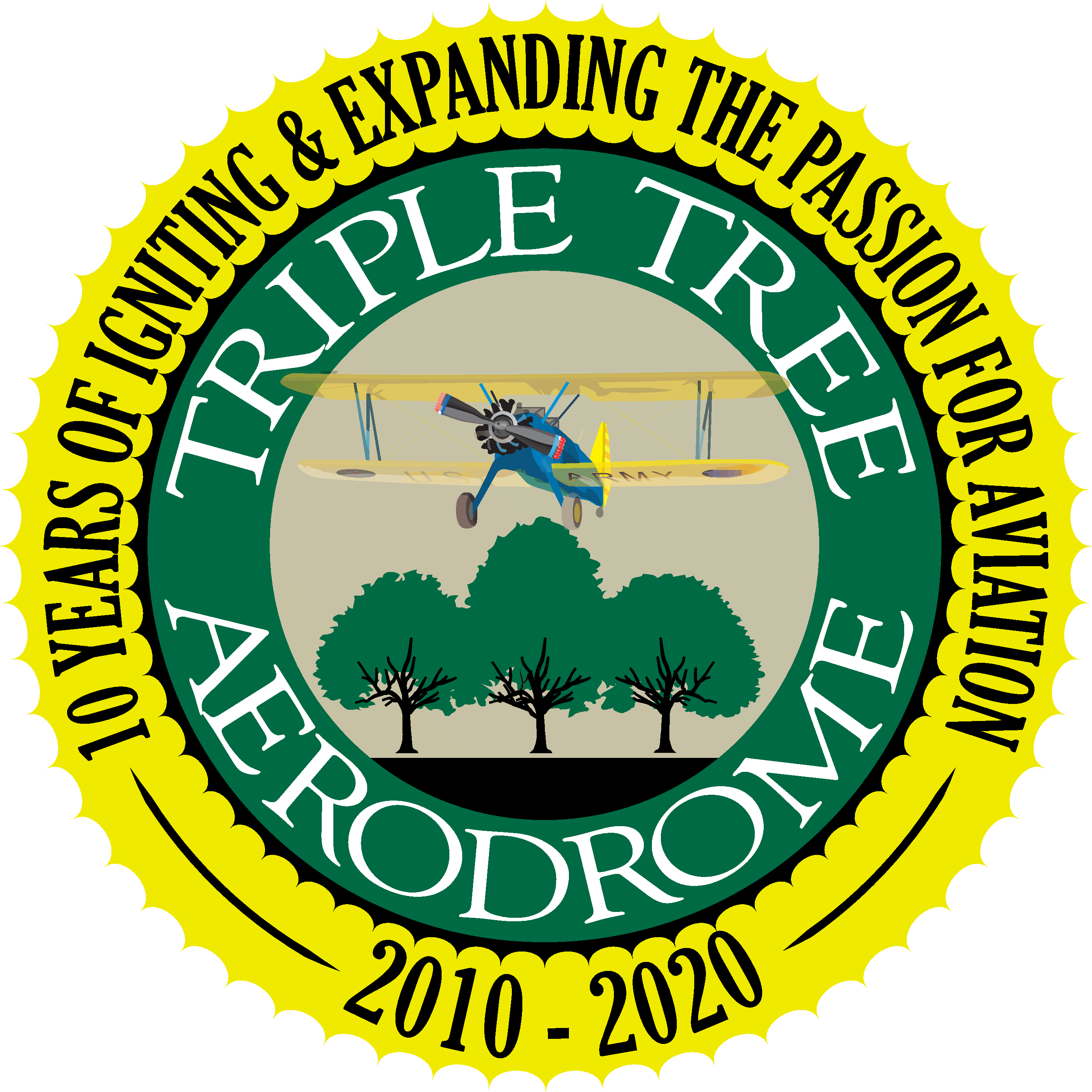 This week we would have all been celebrating Joe Nall week, due to circumstances beyond our control that is not the case.  However, I do

Due to the COVID-19 is a global pandemic, it is with great disappointment that the Triple Tree Aerodrome Board of Directors has decided to cancel