Thanks to everyone for a great event see you in 2023!

The Young Aviators Fly-In is the ONLY fly-in in the United States that is run entirely by the next generation of aviators!

Throughout the weekend, guests are able to take part in various types of remote control and general aviation flying. Students are also given their very first airplane ride thanks to the Young Eagles program. Eager students were also given the opportunity to sit-in on educational seminars, career programs, and ask professional aviators for valuable career advice.

The Triple Tree Aerodrome is proud to support and see our youth utilize the skills learned in aviation to create this one of a kind event!

Below is a sample of events from our 2022 event

Pre-Registration CLOSES ON June 9th at 10 am. (Cost is per-person)

At the Gate (Cost is per person)

Young people ages 8-17 will have a chance to take to the skies, as Experimental Aircraft Association (EAA) Chapters 249 and 690 host a Young Eagles Flight Rally at Triple Tree Aerodrome.

The rally is part of the EAA Young Eagles Program, created to interest young people in aviation.  Since the program was launched in 1992, Volunteer EAA pilots have flown more than 2 million young people who reside in more than 90 countries.

Following the flight, each young person, will receive a certificate making them an official Young Eagle.  Their name will then be entered into the “World’s Largest Logbook,” which is on permanent display at the EAA Air Adventure Museum in Oshkosh, WI.  The Logbook is also accessible on the Internet at www.youngeagles.org.

In addition to the Certificate, the new Young Eagle will be given a Logbook with an access code for a complete free online Flight Training course offered by Sporty’s Pilot Shop.

A legal guardian must provide legal consent before the flight is conducted.

Additional information about EAA and the EAA Young Eagles program is available on the Internet.  Access to EAA’s Home Page is available at www.eaa.org. 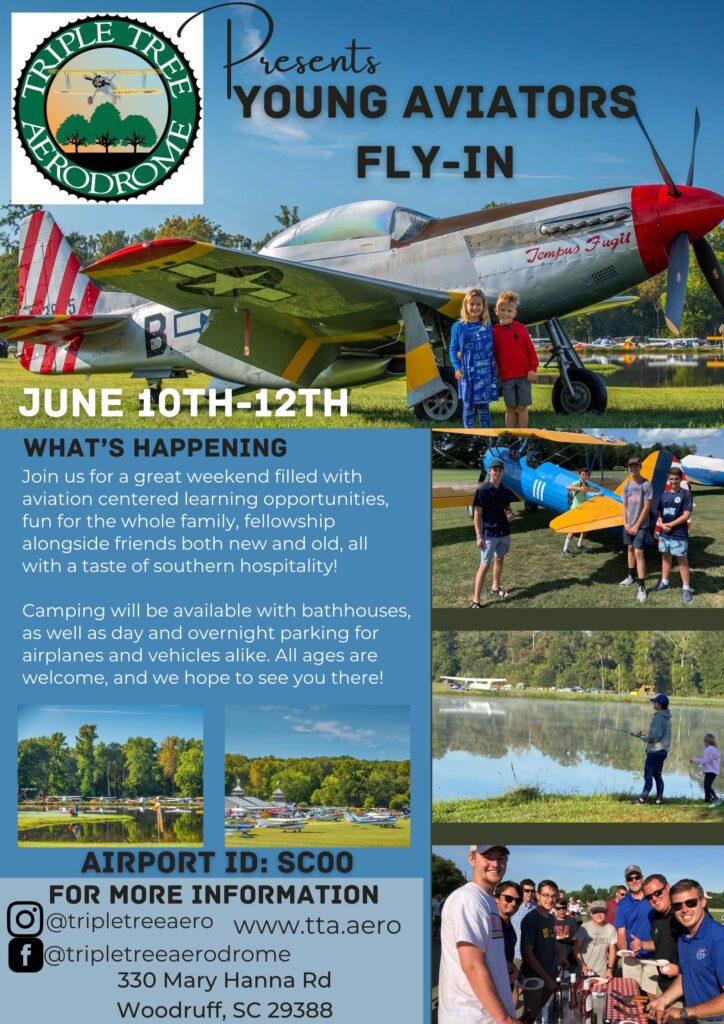